MongoDB is the most popular NoSQL database server and it can be used to store JSON documents. MongoDB is a document-oriented, open-source, and platform-independent Database Management System (DBMS). This tutorial provides all the steps required to install and set up the MongoDB 5 Community Server, MongoDB Compass, and MongoDB Shell on macOS Catalina. The steps should be the same for other versions of macOS operating systems including Big Sur and Monterey.

The default download location on macOS is ~/Downloads. The downloaded file name should be similar to mongodb-macos-x86_64-5.0.3.tgz.

In this step, we will install MongoDB to our preferred directory. We simply need to extract the tgz file downloaded in the previous step. In my case, I have extracted it to /usr/local/mongodb using the commands as shown below.

You can also refer to Fig 2 for the commands used by me to install MongoDB.

Before starting MongoDB, we must also create the data directory of MongoDB to store the database files using the commands as shown below.

Make sure to use ` instead of ', else you will get the error chown: id -un: illegal user name.

Now run the MongoDB process using the commands as shown below.

It will ask for system permissions as shown in Fig 3. 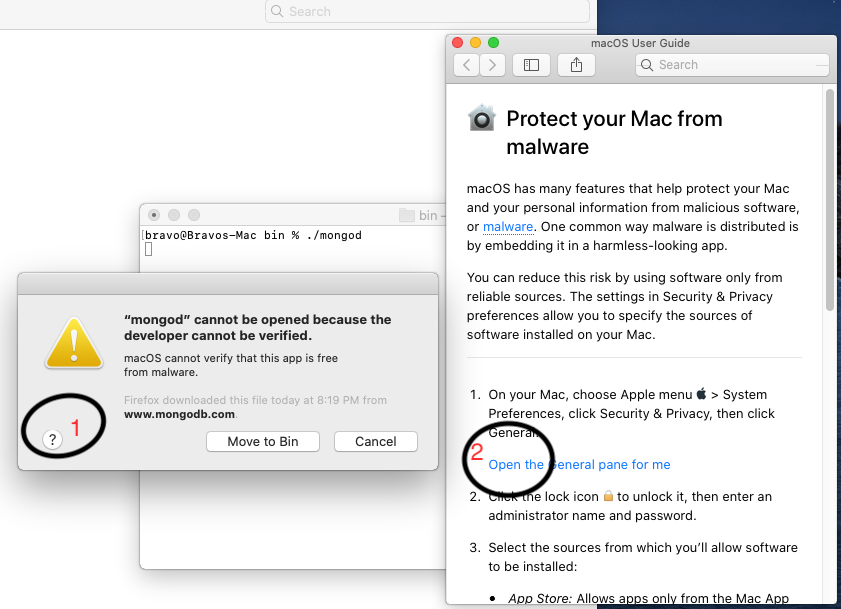 Now click the Option - Open general pane for me as highlighted in Fig 3. It will open General Pane as shown in Fig 4. 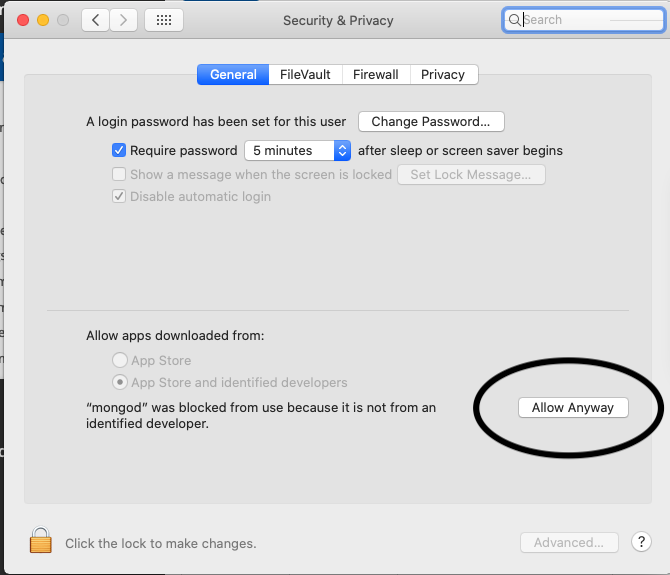 Click the option Allow Anyway to allow mongod to run. While giving the permissions, it might get killed on the first run. We can again execute the mongod command to start the MongoDB daemon as shown in Fig 5. It will also fail, complaining about the data directory as shown in Fig 5.

Now run mongod by providing the data directory option as shown below.

This is all about installing and starting the MongoDB daemon. We can kill the process using Ctrl + C. Now create the shortcut to run MongoDB from the terminal as shown below.

Now keep running the MongoDB server, open another terminal and follow the same steps to run the Mongo Shell by giving it appropriate permissions. Also, create the alias of Mongo Shell as shown below.

The shell shows deprecation warnings as shown in Fig 6 since, from MongoDB 5 onwards, MongoDB Shell or mongosh is the preferred way to access MongoDB from the terminal.

The terminal does not remember the aliases created by us on closing and re-opening it. We can add the aliases to ~/.zshrc to persist them.

In the previous step, we have installed the MongoDB database server by downloading it from the official website and also configured the alias to start the server. In this step, we will install MongoDB Shell to access the database and perform operations from the terminal. Now download MongoDB Shell from the Official Website. It provides the download options as shown in Fig 7. 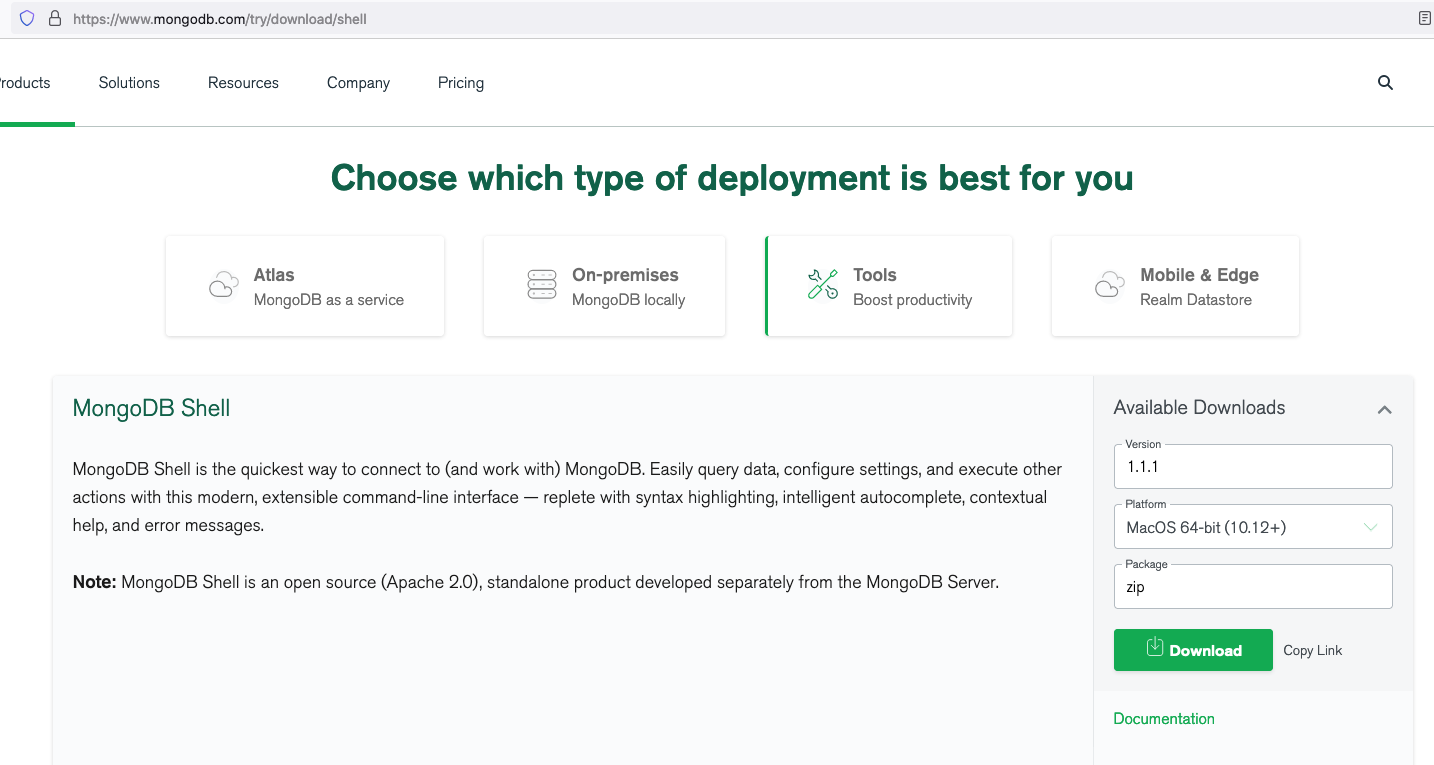 Now install mongosh by following the same steps as we did for MongoDB using the commands shown below.

Also, add an alias by updating the ~/.zshrc as shown below.

Save and exit the editor using the commands Ctrl + o -> Enter and Ctrl + x.

In this step, we will add the default admin user with root privileges and also enable Access Control to allow authenticated users. Start MongoDB server and MongoDB Shell using the aliases created by us in the previous steps.

This is how we can add admin users to the admin database and assign a role to the user. Now stop the server and mongosh.

Also, update the alias by updating the ~/.zshrc as shown below.

After enabling the authorization, we can connect to MongoDB via MongoDB Shell by executing it with options as shown below. Also, start MongoDB daemon. We have to specify the authentication database to allow database users to log in via shell. 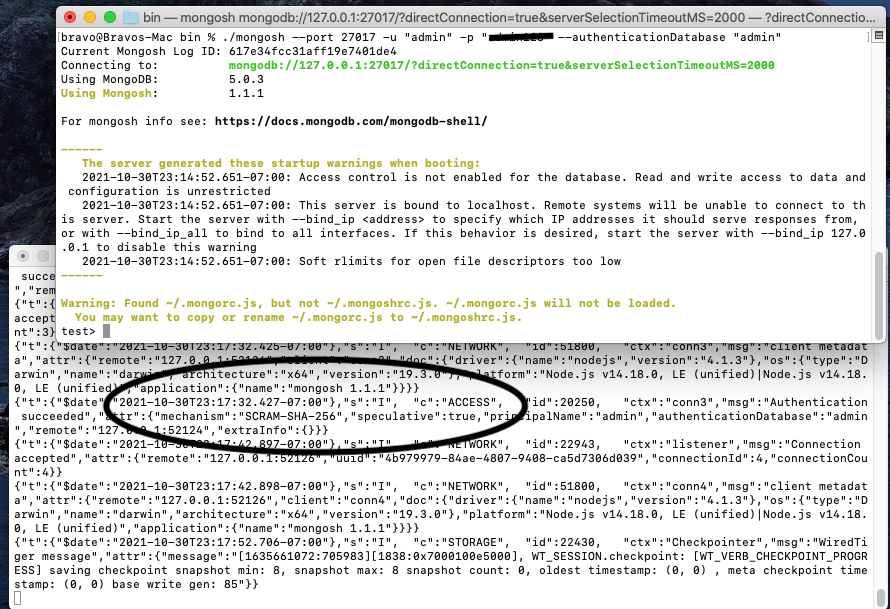 This is how we can enable authentication and allow only valid users to access the database. 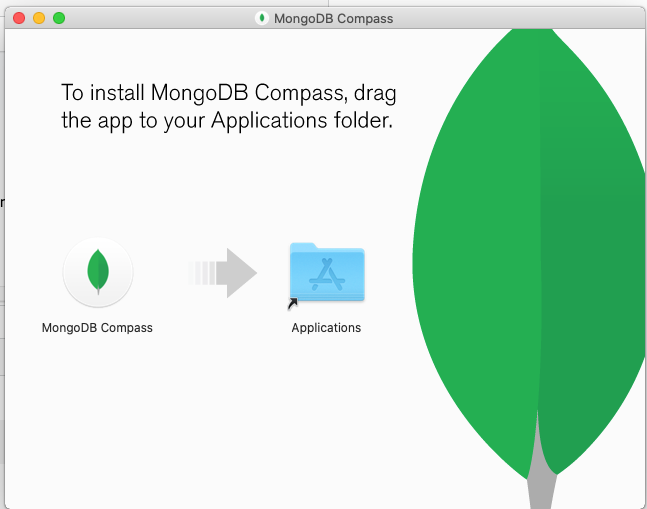 This completes the installation of MongoDB Compass on macOS. Now launch it by executing it from the Applications folder. Complete the getting started guide and update and accept the privacy settings. The default screen should be similar to Fig 12.

Now click the option Fill in connection fields individually to connect with the MongoDB using the admin user added by us in the previous steps. The connection screen should be similar to Fig 13. 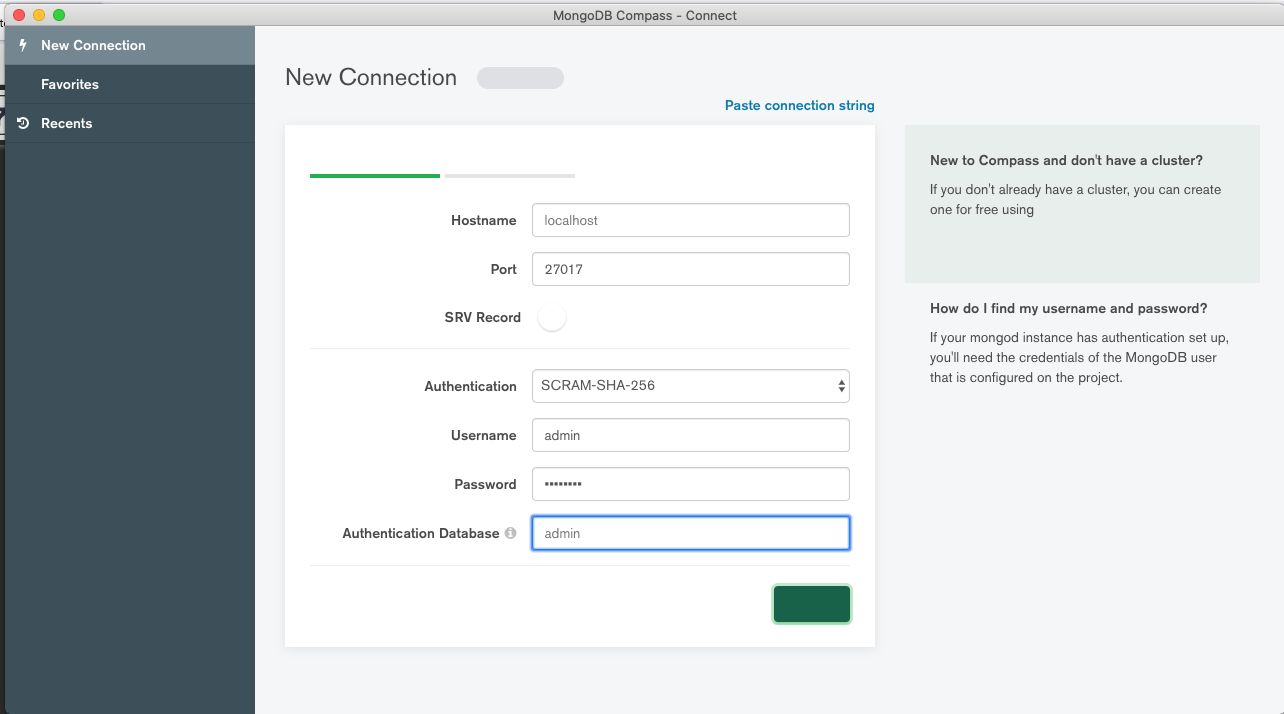 Fill the form by providing the login credentials and clicking the Connect Button. It will connect to the MongoDB database server and shows the default screen as shown in Fig 14.