MongoDB is the most popular NoSQL database server and it can be used to store JSON documents. MongoDB is a document-oriented, open-source, and platform-independent Database Management System (DBMS). This tutorial provides all the steps required to install and set up the MongoDB 5 Community Server, MongoDB Compass, and MongoDB Shell on Windows 10. The steps should be the same for other versions of MongoDB including MongoDB 4 and Windows systems.

Open the MongoDB Download Page and download the most recent version of MongoDB for Windows as shown in Fig 1. 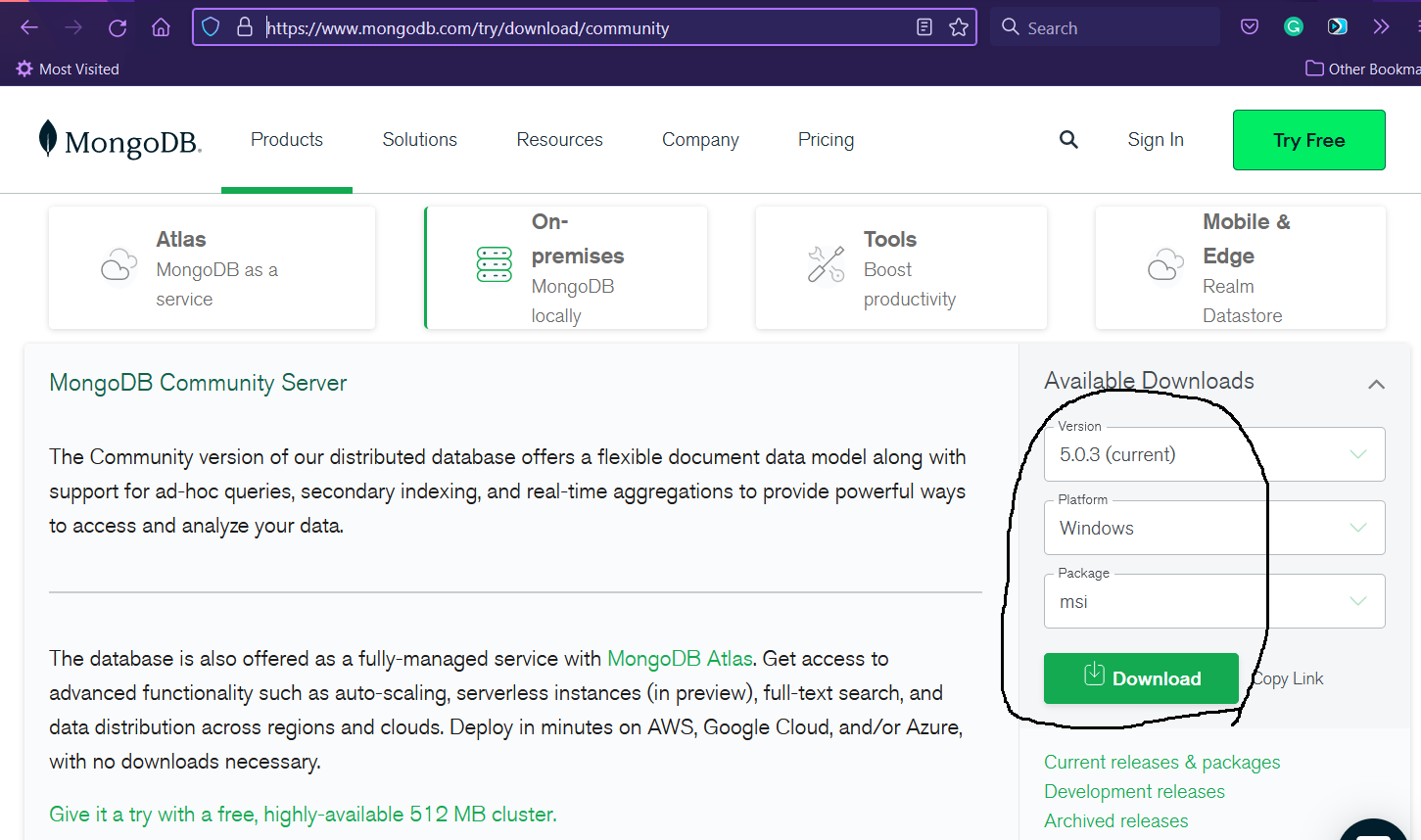 In this step, we will install the MongoDB server using the MSI installer downloaded by us in the previous step. Double click the installer to start the installation. It will show the welcome screen as shown in Fig 2. 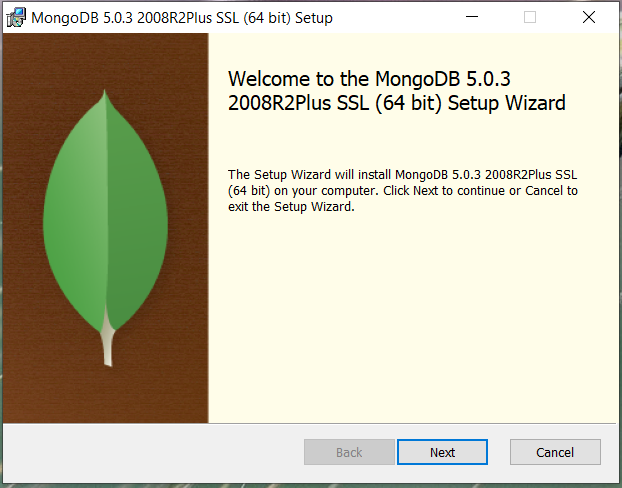 Click the Next Button to continue with the installation. The next screen shows the License Agreement as shown in Fig 3. 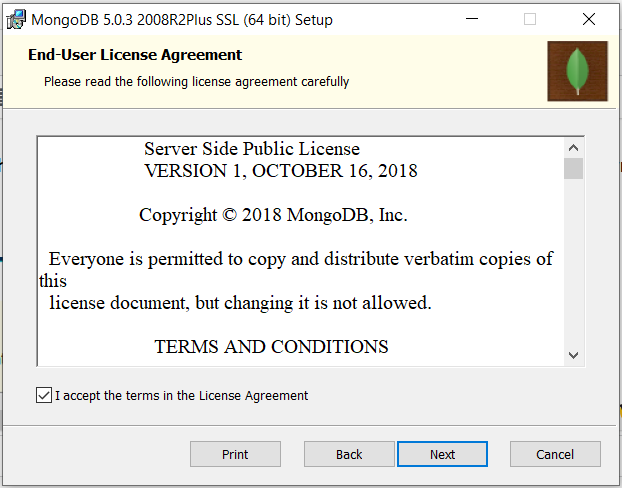 Accept the License Agreement as shown in Fig 3 and click the Next Button to continue with the installation. The next screen asks to choose MongoDB setup type as shown in Fig 4. 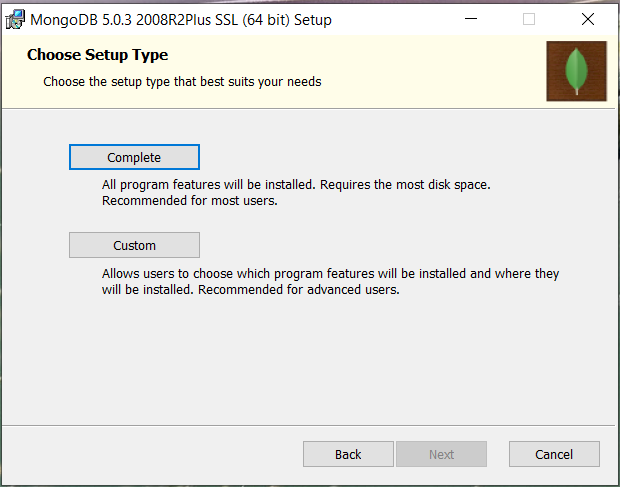 I have clicked the Custom Button to view the available components as part of this installation process as shown in Fig 5. 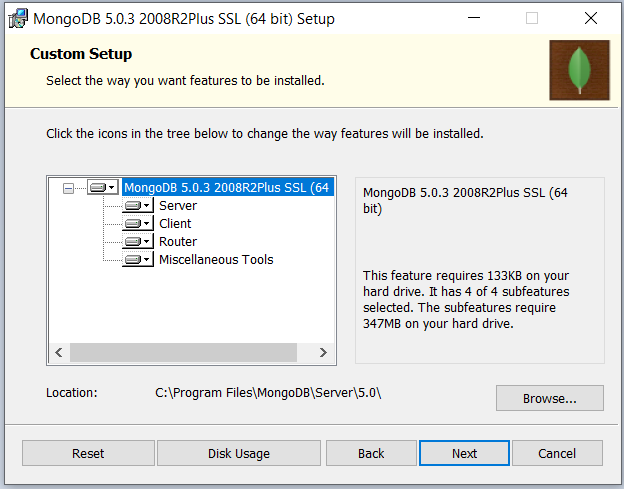 We need at least Server and Client options to work with the server. You may omit the other components as listed in Fig 5. You can also change the installation location at this stage by clicking the Browse... Button. Now click the Next Button to continue the installation. The next screen provides options to configure MongoDB as a system service as shown in Fig 6. 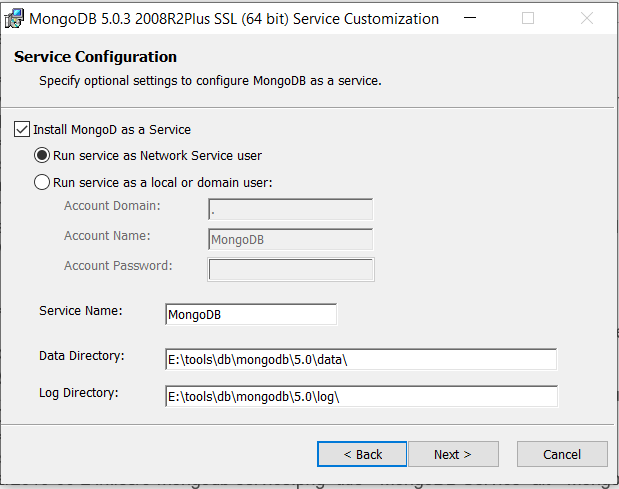 I have kept the default options and clicked the Next Button. The next screen provides options to install MongoDB Compass as shown in Fig 7. MongoDB Compass is the official graphical user interface for MongoDB to manage the database graphically similar to how we use Workbench for MySQL. 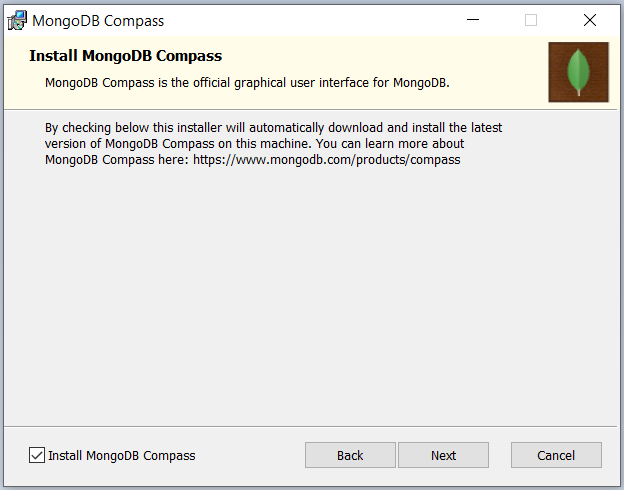 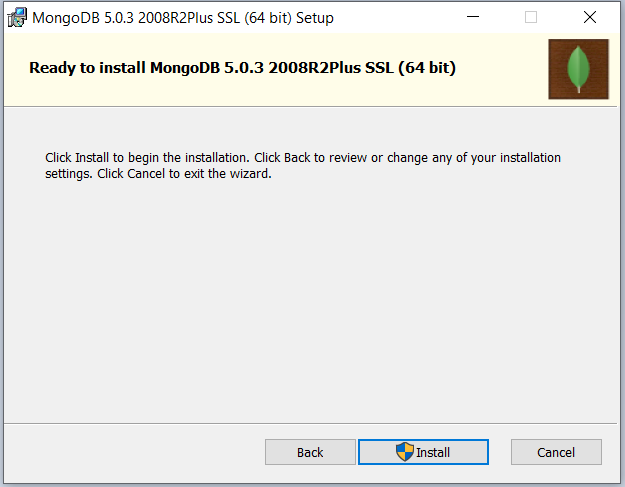 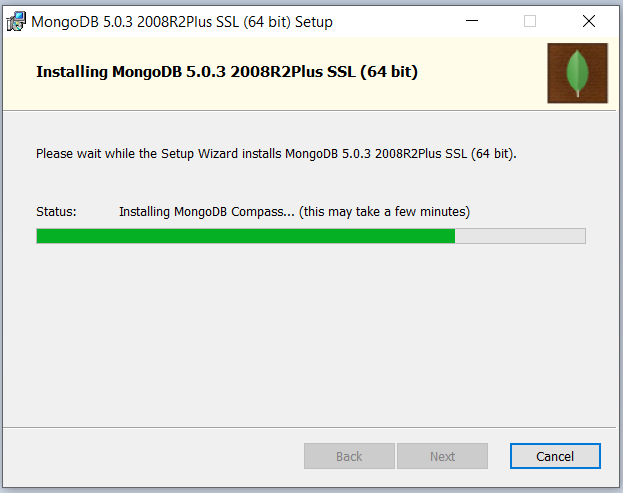 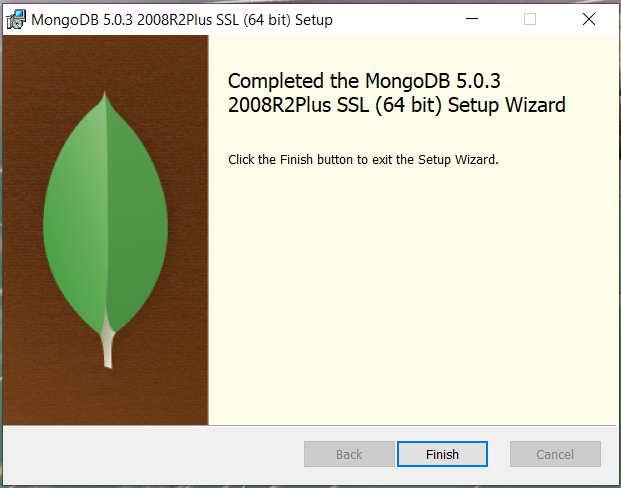 Click the Finish Button to close the installer. The installer will also install MongoDB Compass and launch it as shown in Fig 11. 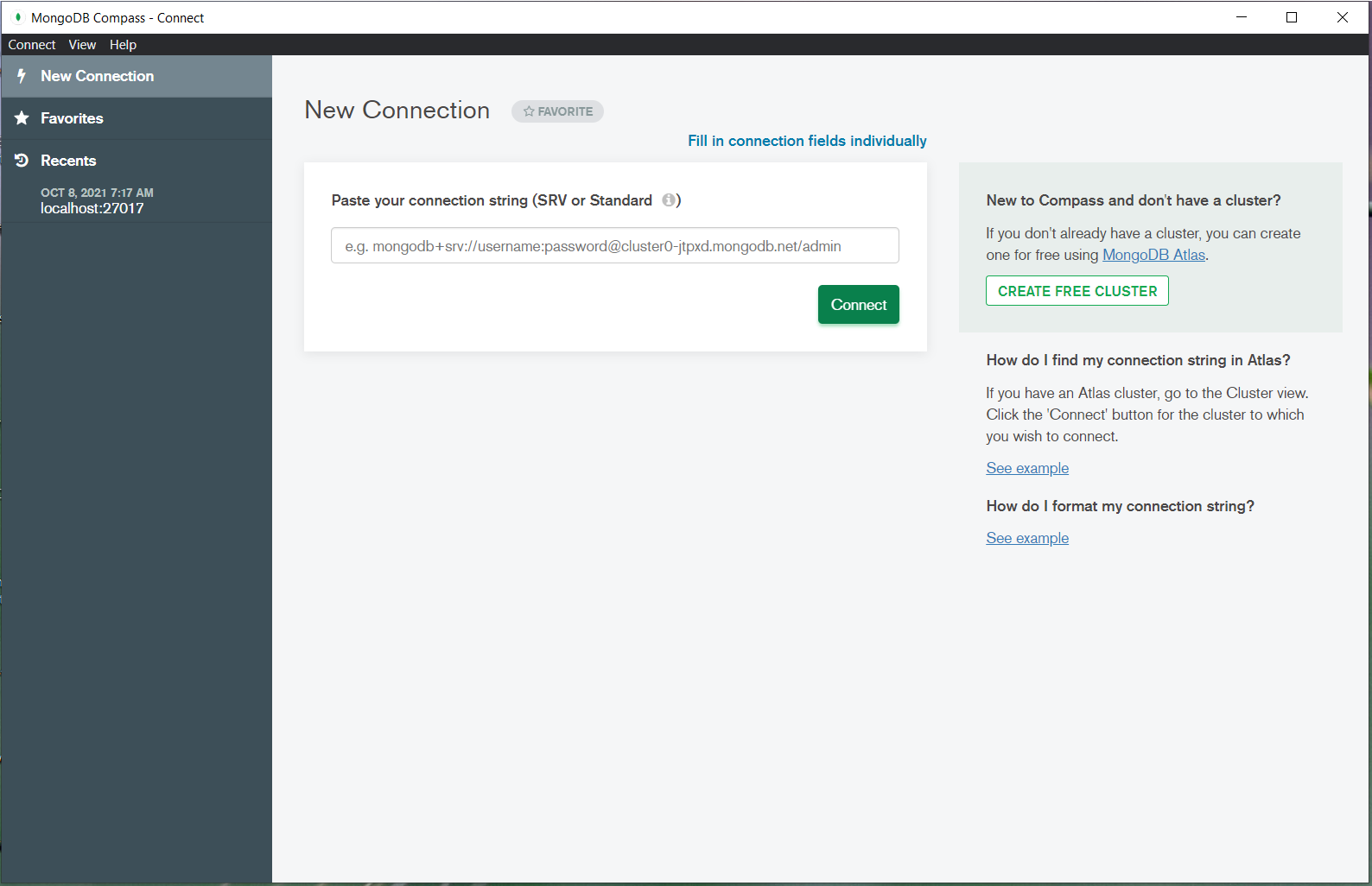 We can add MongoDB to system PATH to access it directly from the command prompt without navigating to the bin directory. You can follow the below-mentioned steps to do so.

The above steps will open the Windows settings panel. Now click the Environment Variables, select Path under the System Variables section, and click the Edit Option. We need to add the path of installed MongoDB to the system Path as shown in Fig 12. 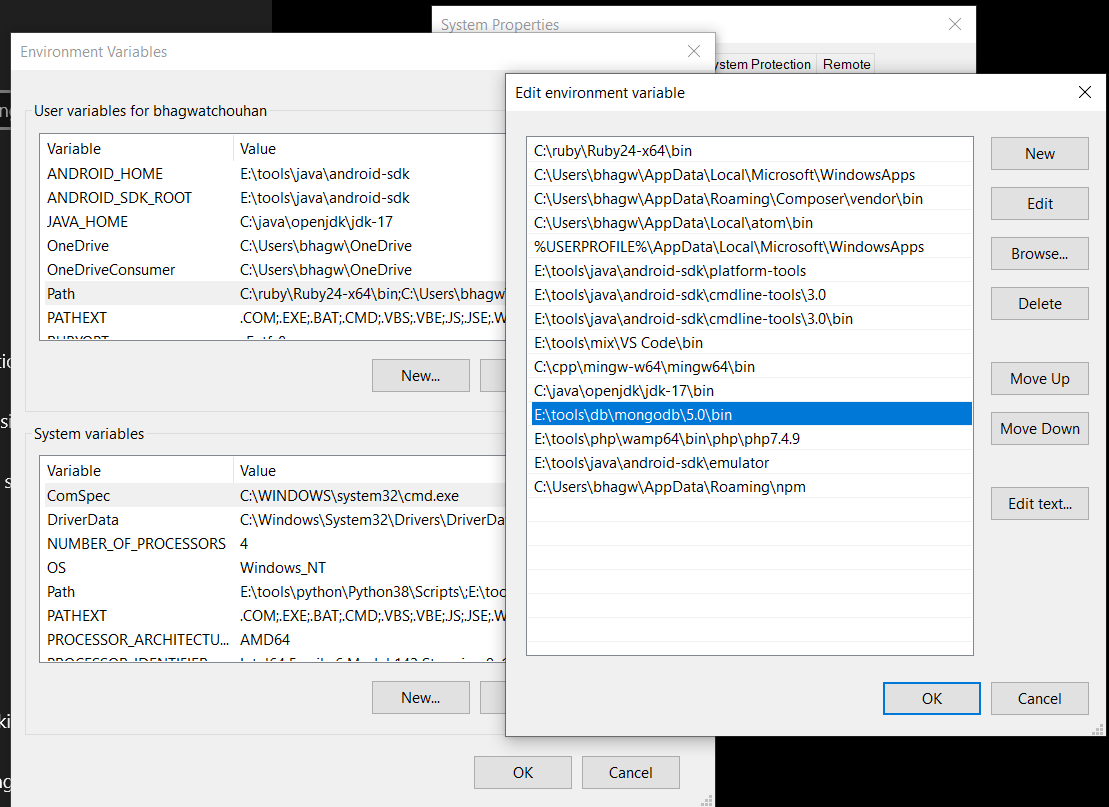 Remove the path of previously installed MongoDB. Now click the New Button and add the path to MongoDB bin which is E:\tools\db\mongodb\5.0\bin in my case. Press the OK Button 3 times to close all the windows. This sets the MongoDB 5 on system environment variables to access the same from the console.

Now again open the console and test the MongoDB version as shown in Fig 13.

It also confirms that MongoDB is successfully installed on the system.

In this step, we will install MongoDB Shell or mongosh, since the Mongo Shell has been deprecated as shown in Fig 14. 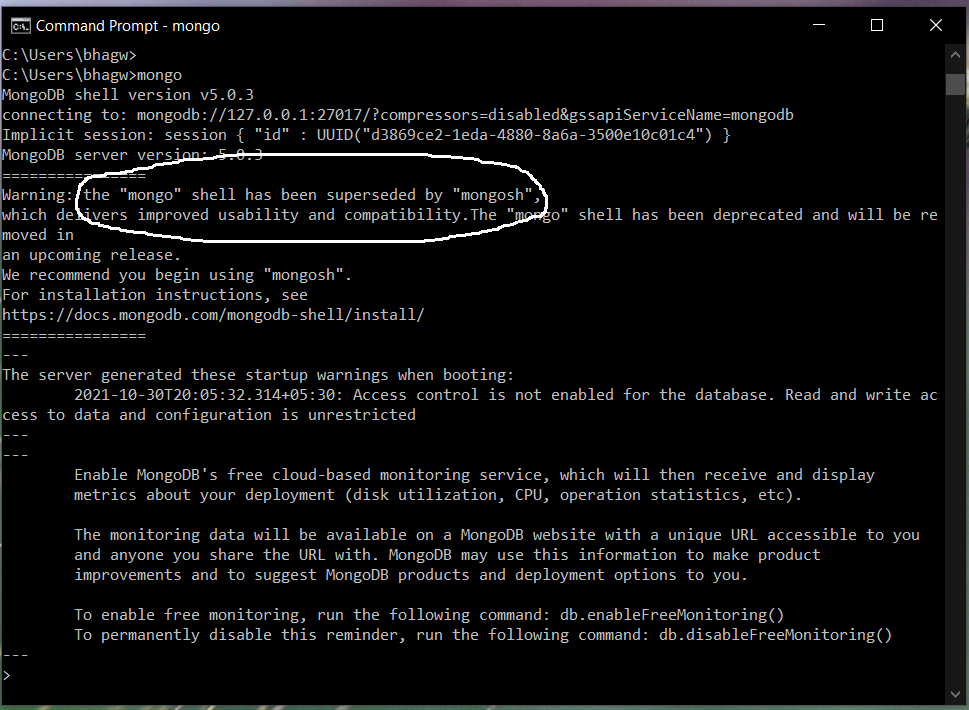 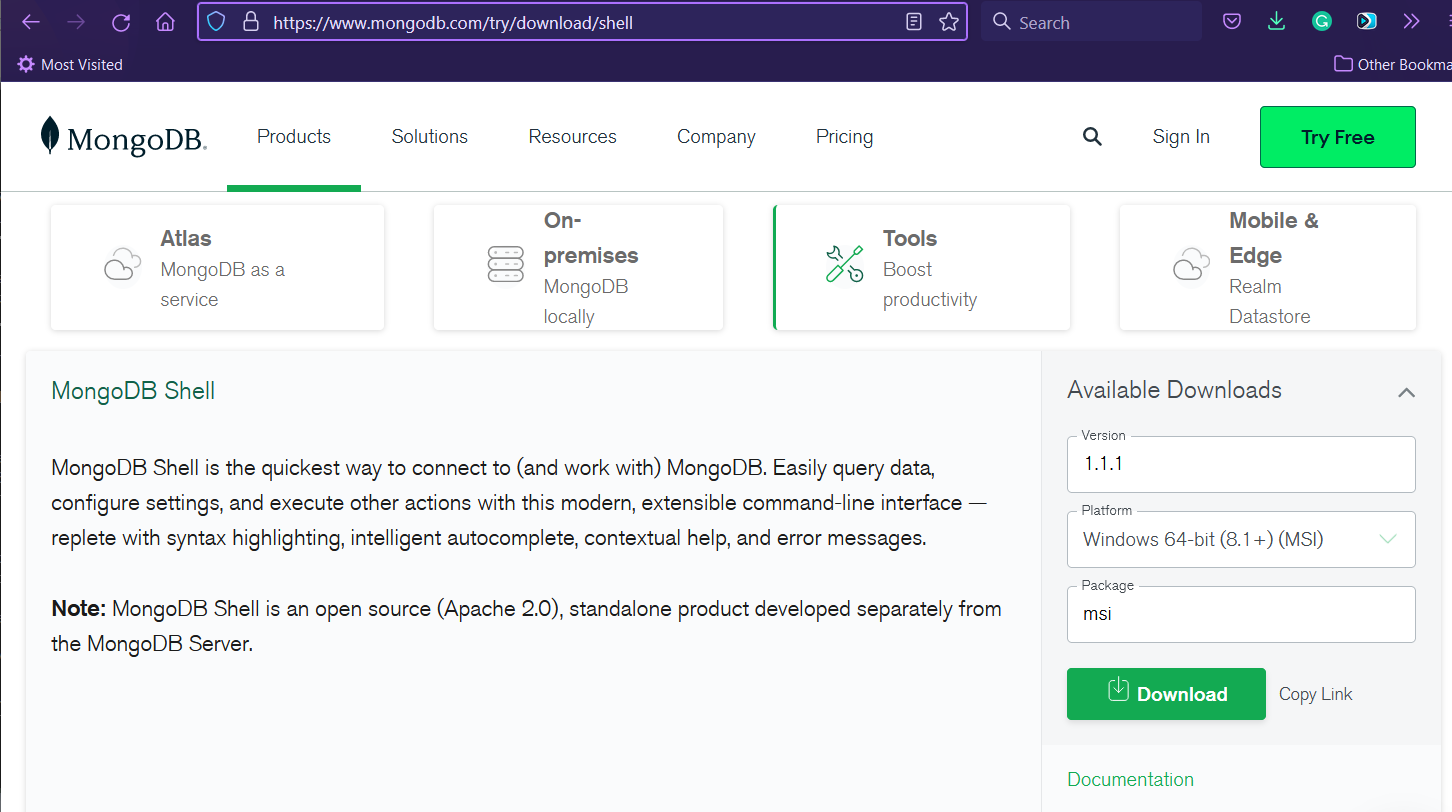 Now execute the installer to start installing MongoDB Shell on Windows 10. The installer shows the Welcome Screen as shown in Fig 16. 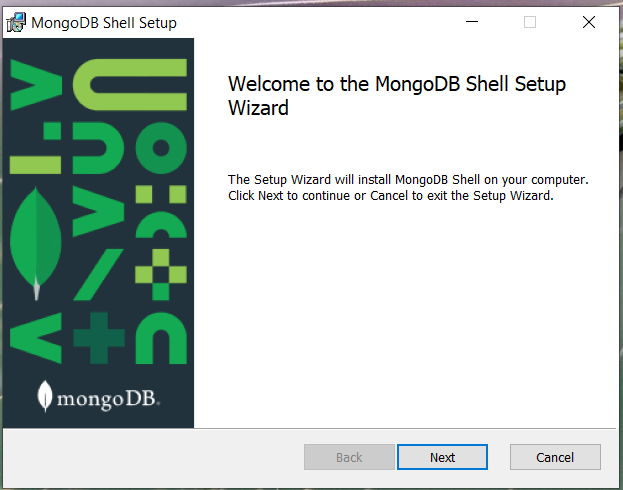 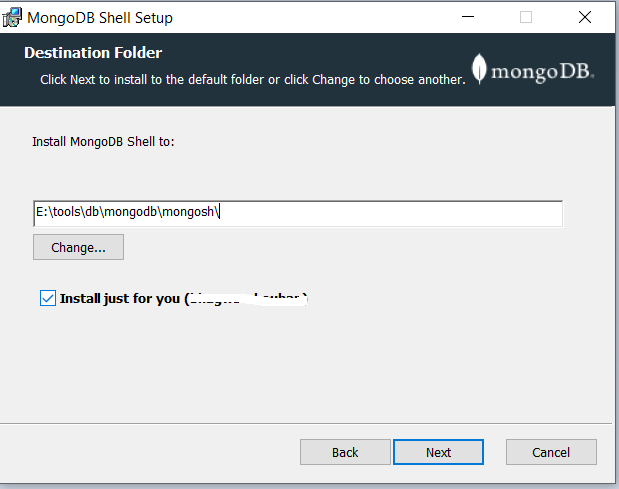 Change the destination path if required and click the Next Button to continue the installation. The next screen provides the options to confirm installing MongoDB Shell on Windows as shown in Fig 18. 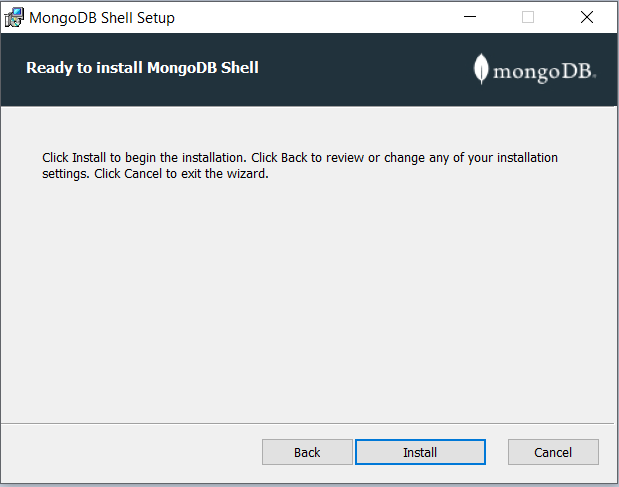 Click the Install Button to complete the installation. It will show the success message as shown in Fig 19. 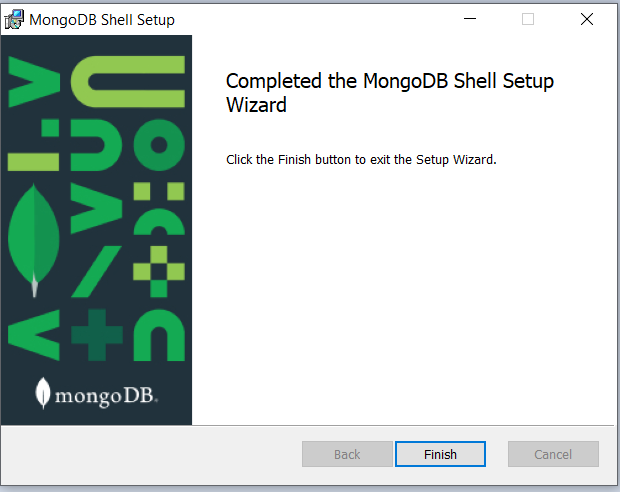 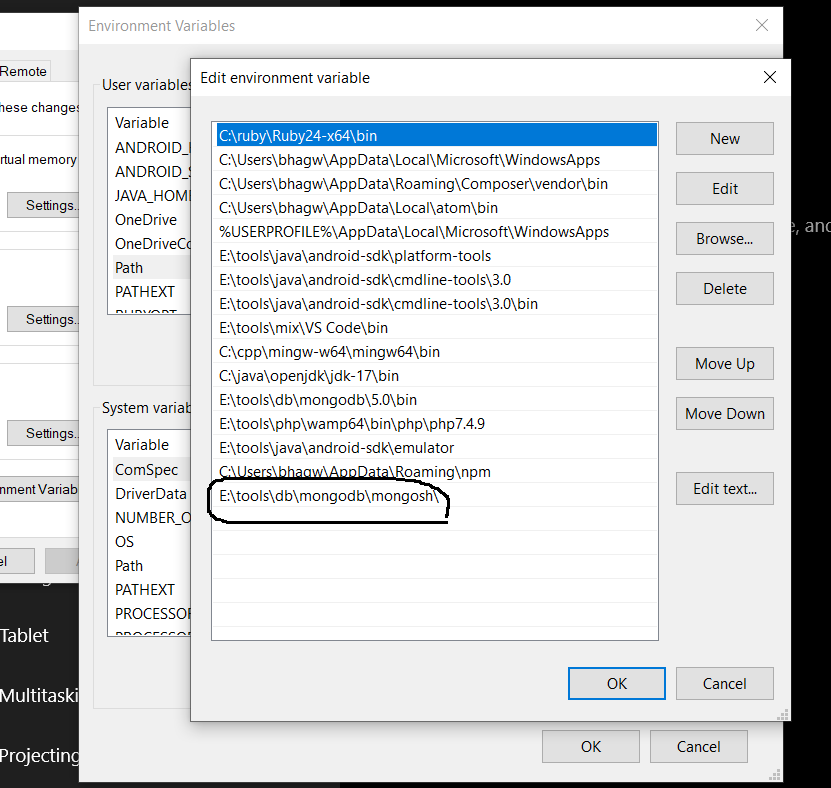 Now open the CMD and access MongoDB Shell as shown in Fig 21.

It shows the warning message indicating that Access Control is not enabled for the database. MongoDB provides options to create the Authentication Database to store user details and privileges across different databases. The same user having appropriate permissions can act on multiple databases using the Role-Based Access Control (RBAC). The RBAC provided by MongoDB governs access to a MongoDB system.

This is how we can add admin users to the admin database and assign a role to the user.

Update the MongoDB configuration file mongod.cfg located within the bin directory of MongoDB installation as shown below.

After enabling the authorization, we can connect to MongoDB via MongoDB Shell by executing it with options as shown below. Also, restart MongoDB Service from the system services to apply the changes. We have to specify the authentication database to allow database users to log in via shell.

It should connect to the MongoDB database by providing the correct password as shown in Fig 22.

Getting Started With MongoDB 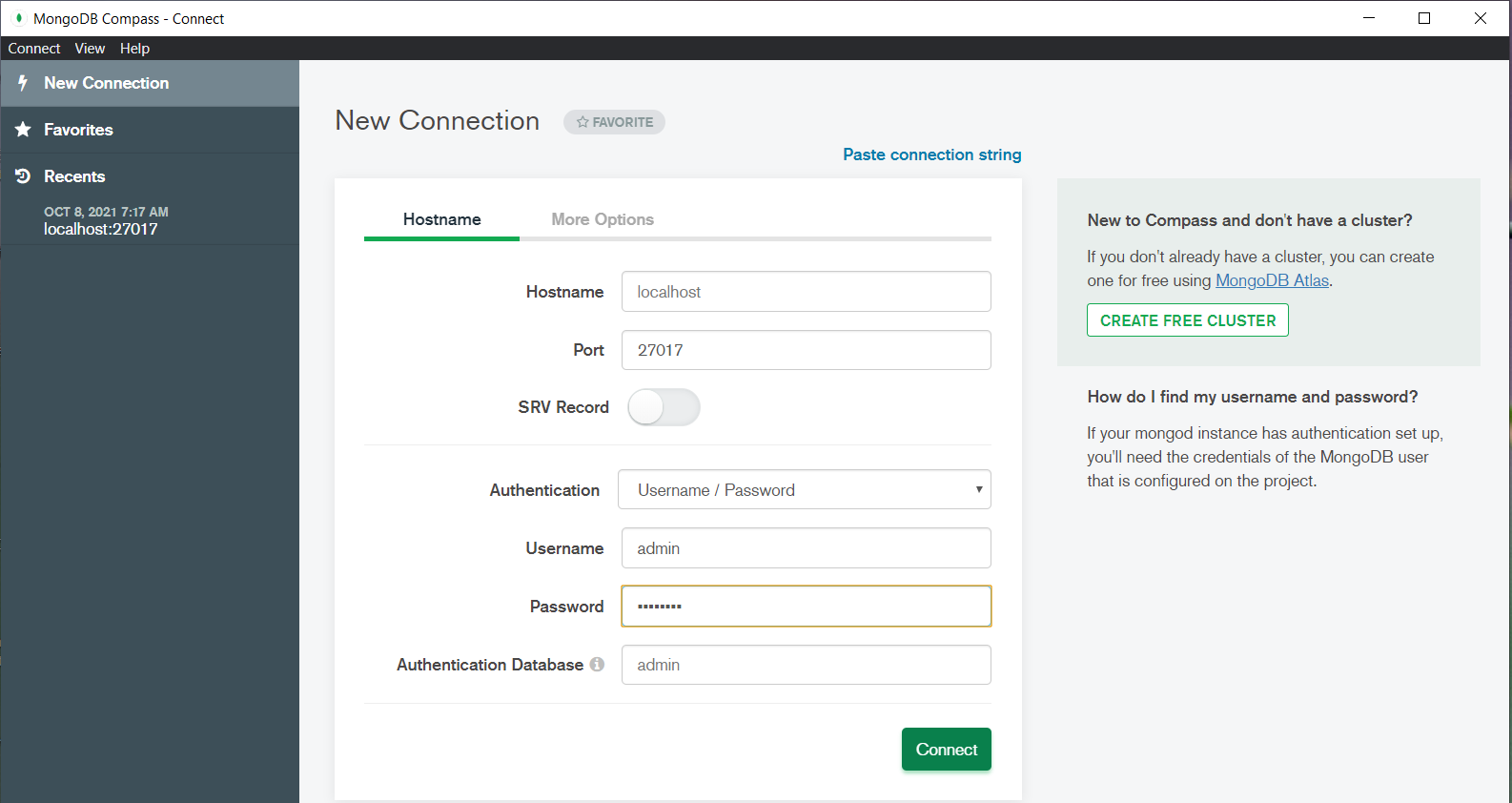